Greetings Friends! May the Joy of the Lord be yours this Christmas!

“Glory to God in the highest heaven, and on earth peace to those on whom His favor rests” (Luk.2: 14). This is the heart of the angelic message to the mankind on the occasion of Jesus’ birth. 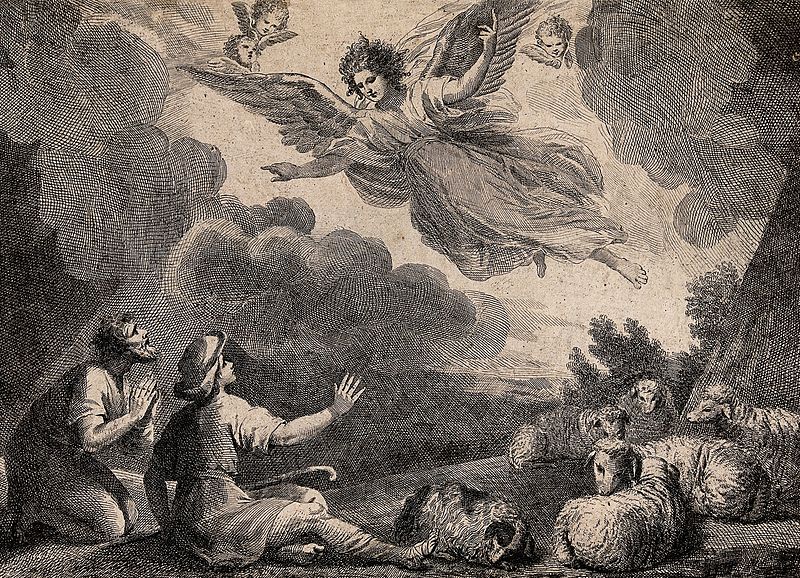 “Glory to God in the highest…” what does that mean? God is glorified when His purpose in man is being fulfilled and realized. In my last post about Christmas (12/10/2015), I gave God’s 3-fold purpose for creating man. (Got to:- http://bulamanriver.net/?p=5814) It is encapsulated in the immortal words, “And God said, “Let us make man in our image, after our likeness: and let them have dominion over all the earth” (Gen.1:26). 1) God’s image is He is Spirit and eternal, so man was made for immortality; 2) God’s image is Love, so man was made to become like He Is; 3) God is Trinitarian, so man was made to live the “triune life.” (You may go back and read my last segment)

To “have dominion” is a given with God because He possesses all the knowledge and power to create and rule in both the physical and spiritual realities. Man is given to reign with Christ through God’s 3-fold likeness mandate. In other words, how God creates and rules is revealed in His 3-fold identity (image). Now, Jesus birth, signifying God’s provision of a Savior was to make this 3-fold purpose become reality in man, so we may reign with Him, and bring “Glory to God.”

“Peace on earth to those His favor rests…” means that up to the point of Jesus birth, peace between man and God was non-existent because mankind was draped and bound in the sin condition from Adam. As long as two forces are opposed to each other, there will be no rest or peace. Hence, the prophet, when foretelling Jesus’ birth, called Him the Immanuel, which means “God with us,” for God is no longer “against us,” but instead now His “favor rests” upon us since we have been made right with Him through Jesus. Jesus has made grace and peace possible between God and man.

Paul affirms this saying, “For He Himself (Jesus) is our peace, who has made the two groups one and has destroyed the barrier, the dividing wall of hostility (sin)…His purpose was to create in Himself one new humanity out of the two, thus making peace, and in one body to reconcile both of them to God through the cross, by which He put to death their hostility. He came and preached peace to you who were far away and peace to those who were near. For through him we both have access to the Father by one Spirit. Consequently, you are no longer foreigners and strangers, but fellow citizens with God’s people and also members of his household” (Eph.2:14-19). In this one passage about Jesus, peace is mentioned 4 times. So, Jesus was born to bring peace between God and man, thus enabling God’s Love and blessing through His 3-fold purpose to flow to humans. Jesus carries the title: “Prince of Peace” (Isa.9:6).

In Ancient Israel, the people may bring a “peace offering” before the Lord. It was voluntary but full of ritual and meaning. The priest would go through the rigmarole of preparing the offering with the offerer. What was acted out during this sacrifice foretells what the birth, life, death, resurrection, and ascension of Jesus would bring in God’s activity with humans. The “peace offering” was also called the “saving offering.” (Keil-Delitzsch Commentary) The animal sacrifice was cut up in portions to be shared by the three parties: God, priest, and the offerer. God’s portion was the fat, considered the best portion of the animal. This was placed on top of the already burning sacrifice. The priest received a specific portion for himself and his family, and the offerer received the remainder.

The burning of the offering on the altar is considered a “sweet aroma” as God consuming a meal and is satisfied. So this sharing of meal between the three parties shows all is at peace and in restful communion. (Lev.3:1-5; 7:11-18) Peace is also signified by “thankfulness” because all parties are filled, contented, assured, and accepted. This is Jesus’ ongoing work as High Priest of making peace between man and God our Father. Recall, no Israelite could offer this or any other of the 5 sacrifices of his own choosing or method, he has no choice but to engage the priesthood (Jesus).

God, foretelling the work He will do through His Son, said, “I, even I, am He who blots out your transgressions, for My own sake, and remember your sins no more. I have swept away your offenses like a cloud, your sins like the morning mist. Return to Me, for I have redeemed you” (Isa.43:25; 44:22). Paul, speaking of Jesus’ High Priestly role in heaven, said, “Therefore, there is now no condemnation for those who are in Christ Jesus…Who then is the one who condemns? No one. Christ Jesus who died–more than that, who was raised to life–is at the right hand of God and is also interceding for us” (Rom.8:1, 34).

Another aspect of the “peace offering” is that when offered as “thanksgiving” it must be consumed the same day. The rationale seems obvious, this is a ‘completed’ and shared communion meal of thanksgiving, assurance, joy and peace, with God (the Father), the Priest (Jesus), and the Offerer (with Spirit residing in the believer). As you sit with your family for meal this Christmas, reflect on the emblem of the “peace offering” and invite God to be present with you and your loved ones. God has made peace with you and your family through Jesus. This is the essence of Christmas.

May I wish you and your family peace and joy this Christmas! Until we meet again in my next post, may the blessings of the God who ceaselessly expresses Himself in His dependable Triune Love, be with you always. May the Spirit enliven your spirit and make all things concerning you possible as you live the “Triune Life” as a  Bulamanriver.*  Be strong in the Lord’s joy.

* Bulamanriver” is the metaphor describing the union of man with the Love of the Triune God flowing in humans, making possible the “Triune Life” – the source of the miraculous life in man. To read the many facets of life of the Bulamanriver, go to my website www.bulamanriver.com where you can order a copy of my book.